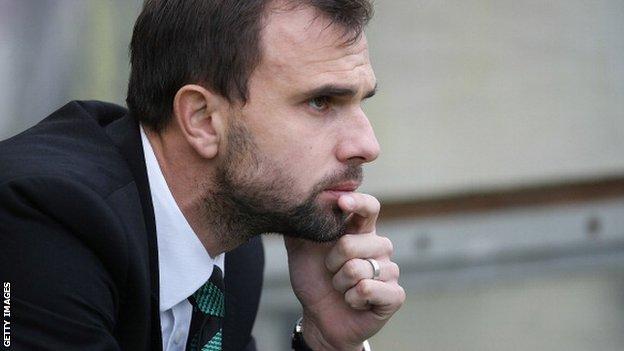 Plymouth have won twice in their their last 12 matches, although they have lost just four times in that period.

In their last five games they have scored five goals, but four of those came in their

"I don't think there's a manager in the country that isn't feeling pressure, we're down there and fighting for our lives," Fletcher told BBC Radio Devon.

"We're working hard and trying to do the right things but there's pressure in all walks of life."

Fletcher also said he was unconcerned at the lack of goals in his side after they lost 1-0 at home to Gillingham.

The result left them back in the League Two relegation zone, two points off safety.

"We've been creating chances, I'd be worried if we were sat here and we'd not had any chances or one chance in all the games but we're getting chances," he added.

"You just get it in football, sometimes you're doing all the right things and it's just not bouncing the right way for you."