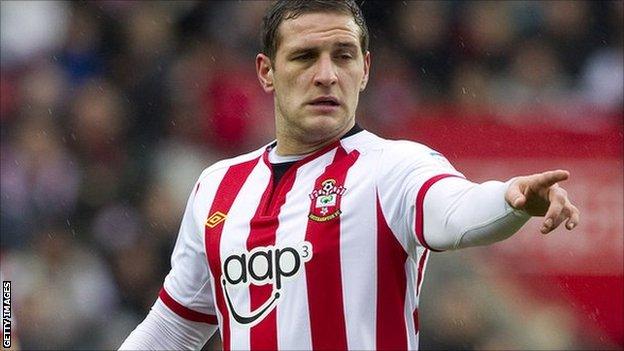 Southampton striker Billy Sharp says the visit of Ipswich Town on Tuesday will be a special night for him.

Sharp, 26, almost joined Ipswich in January and he also holds special memories of featuring against them for Doncaster at Portman Road in November.

Just days after the death of his baby, Sharp scored against Ipswich and was given a huge ovation by the home fans.

"It was a special thing they did for me and it's nice some away fans actually like me," Sharp told BBC Radio Solent.

Sharp, who has been an unused sub in the last two Saints matches, added: "I spoke to them (Ipswich) in January.

"I nearly joined them when I was speaking to Southampton and everyone knows what happened when I played against them earlier in the season.

"It surprised me, because I've just scored against their team who they support through and through.

"To see the home crowd clap an opposing player who has just scored is surprising. It was really nice to see."