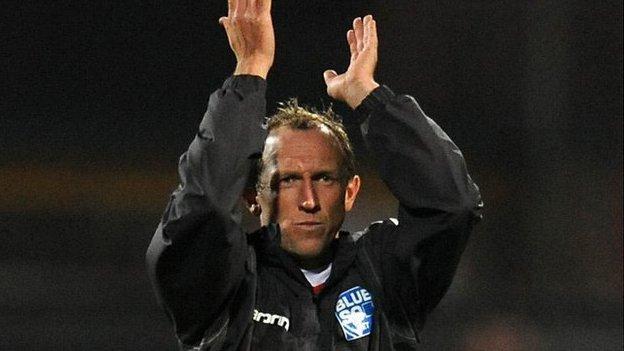 Steven Leslie scored from the edge of the box and Morrell headed home Stephen Wright's ball.

And Speight finished off an outstanding night's work with a penalty after he was fouled by Tom Phipp.

With leaders Fleetwood conceding a late goal to draw at Mansfield, Wrexham are now three points behind their title rivals with a game in hand.

"Any time you concede five goals at home it hurts, it smarts a bit but that's the difference - they took their chances and us not taking ours.

"I think in certain areas we didn't defend very well but they took their chances and you've got to take your hat off to them.

"The lads had a right go at them earlier on and their keeper was very, very good. The save he pulled from Liam Enver-Marum changed the game completely."