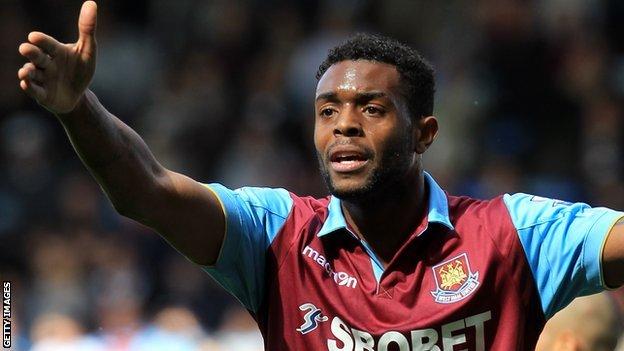 Rovers boss Dean Saunders has been interested in the former France international since last autumn.

And the deal was agreed during talks between the pair on Monday evening.

Piquionne, 33, has been with West Ham since July 2010, when he joined them from Lyon for an undisclosed fee, but has been unable to command a regular starting role this season.

He has made 21 appearances in all competitions this season, scoring twice, but a dozen of them have come from the substitutes' bench.

However, Saunders hopes his arrival at the Keepmoat Stadium will give a boost to a Rovers side that has only scored 28 goals in 32 Championship games this season and is currently bottom of the table.

Piquionne, who will be in the Doncaster squad for Tuesday's game at Nottingham Forest, first came to England in 2009 when he joined Portsmouth on a season-long loan.

His spell on the south coast proved successful and he scored one of the goals in a 2-0 FA Cup win over Tottenham which put Pompey into the final for the second time in three seasons.

He played against Chelsea at Wembley, but it was the Londoners who lifted the trophy following a 1-0 victory.