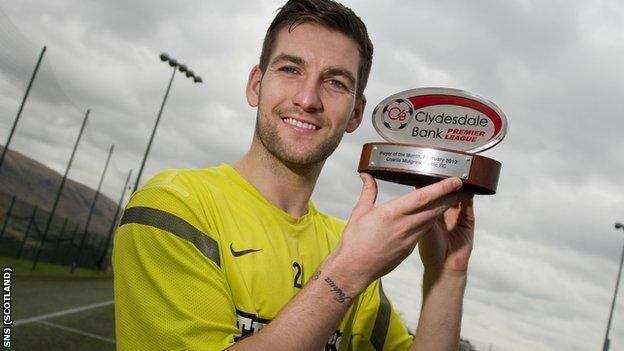 Celtic's Charlie Mulgrew has been named Clydesdale Bank Premier League player of the month for February.

Mulgrew scored twice for Celtic during the month, including a 30-yard strike in the 2-0 win against Dunfermline.

The defender has been in a rich vein of form recently, with Celtic conceding only one goal in February.

Celtic are also on a 22-match unbeaten run, although Saturday's draw with Aberdeen ended their winning streak of 17 successive league matches.