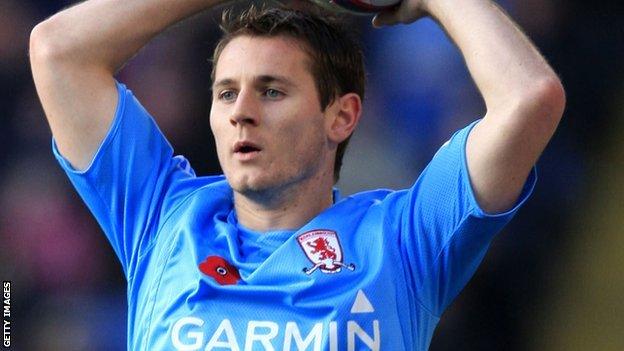 Yeovil Town loanee Jonathan Grounds says he could be looking for a summer move after struggling for game time at parent club Middlesbrough.

The 24-year-old left-back has made just 37 appearances for Boro since his debut in 2007 and his contract his due to expire at the end of the season.

"I'll be looking in the summer for places that are going to give me that."

Grounds is a product of Middlesbrough's academy but has failed to get a consistent run in the side.

Having previously had loan spells at Norwich, Hibernian and Chesterfield, he joined Gary Johnson's Yeovil on a month-long deal in February and has so far made one start and one substitute appearance.

"The manager brought me down here to play as many games as I can," added Grounds. "It was one of the main reasons I came.

"It's just about getting games. I'm out of contract in the summer and one of the main things was me to come down and play some football, as I wasn't getting that opportunity in Middlesborough.

"I've settled in really well - they're really nice lads and a nice group of staff."