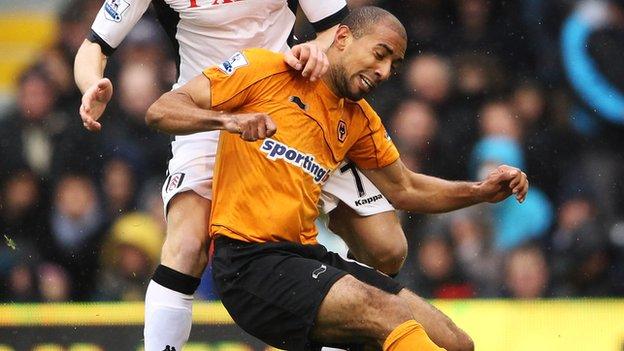 Wolves midfielder Karl Henry will be out for "three or four weeks" with a hamstring strain suffered in Sunday's defeat at Fulham.

With the 29-year-old joining Dave Edwards, who has a knee problem, on the sidelines, Wolves have recalled David Davis from his loan at Chesterfield.

"Karl will be a big miss while he is out injured," Wolves manager Terry Connor told the club's website.

"He brings defensive stability to our midfield. We haven't many of that ilk."

On Davis, Connor added: "It gives us another option given the injuries. We've had David watched closely this season and he has done very well."

His absence is a blow for Connor, who has been tasked with keeping the Molineux club in the Premier League after replacing sacked Mick McCarthy until the end of the season.

Wolves are third bottom of the table following their 5-0 defeat at Craven Cottage.