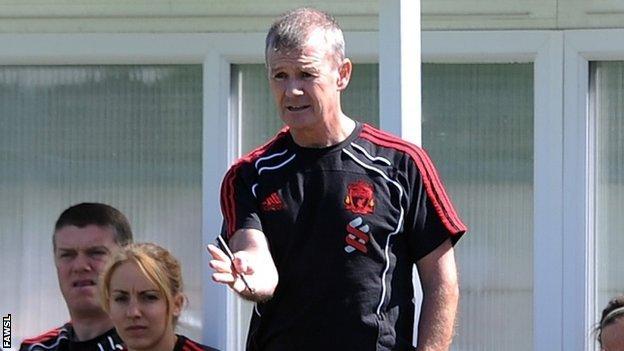 Johnson has already made one new signing in goalkeeper Aroon Clansey.

He told BBC Radio Merseyside: "We're certainly looking to add to the squad and the players we have identified are waiting to get flights into the UK.

"We'll have five overseas internationals and they will bring a new mentality and an increased desire."

Johnson added: "Hopefully that will rub off on some of our younger players who we're trying to bring through. If that does work, it will be a double benefit to us and to the WSL.

"They'll certainly improve the quality of squad we've got."

Liverpool open their campaign at last season's WSL runners-up Birmingham in the fifth round of the FA Women's Cup on Sunday.

Everton travel to Northern Division Manchester City, but have four key players away with the England squad at the Cyprus Cup, but Blues assistant coach Andy Spence says their preparations have not been affected by their absence.

"It helps and it doesn't help in a way," said Spence. "It takes the players away for 17 days in the end and when that comes into the middle or end of your pre-season preparations it's not ideal.

"However, the international programme with England is important for the girls, so we can't knock that. The players are used to that, so it's not a major distraction."