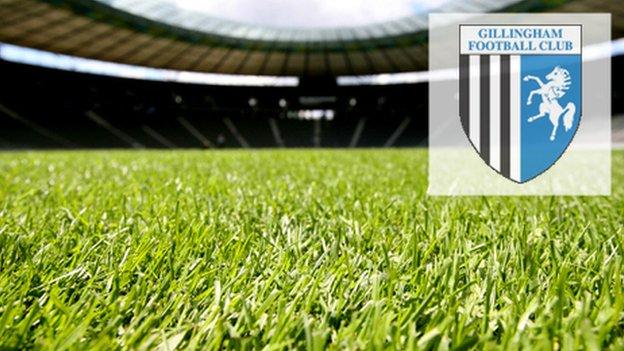 Gillingham boss Andy Hessenthaler has praised Ashley Miller and said he is considering giving the youngster a full debut against Barnet on Tuesday.

With four strikers injured, 17-year-old Miller, who has been at the club since he was seven, could be set to win his first Gills' start.

Hessenthaler told BBC Radio Kent: "He's got so much pace, I'm excited by him.

"[Starting him] could be something to think about, he plays with no fear and is a massive threat to centre halves."

Miller made one substitute appearance against Wycombe last season and also came on against Plymouth on Saturday.

Gillingham are without striker Danny Kedwell who has a hamstring problem, while Jo Kuffour is expected to miss the game through a knee injury.

Gavin Tomlin also has a hamstring problem and is described as "struggling", while Adam Birchall has not kicked a ball all season because of a knee injury.

Hessenthaler is also without defenders Joe Martin, who is suspended, and Andy Frampton who has an ankle injury, while midfielders Jack Payne and Curtis Weston are also out.

And Hessenthaler thinks he may have to field one of their youngest starting line-ups for many years.

"We are down to the bare bones," he said.

"We brought Jordan Obita in from Reading, it's not a crisis, but it gives others their opportunity - the young ones have got a chance."