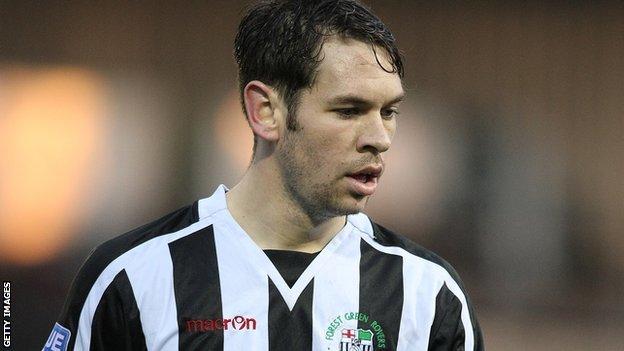 Captain Jared Hodgkiss and striker Matty Taylor have signed new deals at Forest Green Rovers to keep them at the club until the 2013-14 season.

Hodgkiss, 25, joined the Blue Square Bet Premier club in 2009 and is currently their longest-serving player.

Taylor, 21, has been at the New Lawn since September and has scored six goals in 17 appearances.

"We're absolutely delighted to have the two lads commit their future to the club," said manager Dave Hockaday.

"They are both key parts of the squad and they can see Forest Green is building something special here."

On Hodgkiss, Hockaday added: "He's played in the Premiership but somehow got lost in the system when he left West Brom and we found him playing for Market Drayton.

"But he's arguably the best pro and the best trainer we've got at the club and a great role model for the younger players - even though he's actually still young himself.

"On and off the pitch this season Jared has deserved the captain's armband and will keep that for as long as he's at the club."