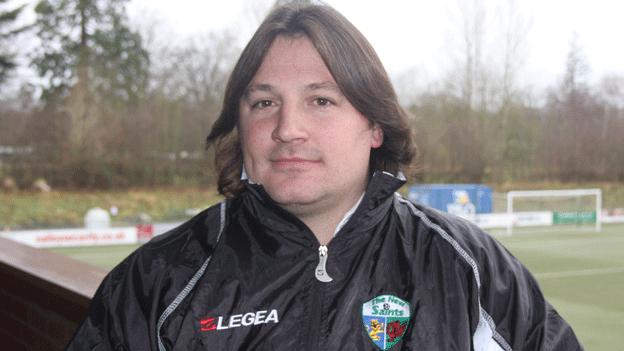 The New Saints director of football Craig Harrison believes his job has been made easier by the work ethic shown by the players he has inherited.

The former Middlesbrough defender took over from Mike Davies, who resigned in November.

"The players are working really hard and responded to the way I want to run the football club," Harrison told BBC Radio Shropshire.

He added: "The hours are long but I wouldn't have it any other way, this is a great club and I want to put it on the map."

Harrison was quick to praise first-team coach Carl Darlington, who he worked alongside at Airbus UK.

"We've both got the same goal but how we get there could be a little bit different but we work fantastically well together and we have a trust in each other's ability," he said.

The Saints are second in the Welsh Premier League, one point behind leaders Bangor City and three clear of third-placed Neath.