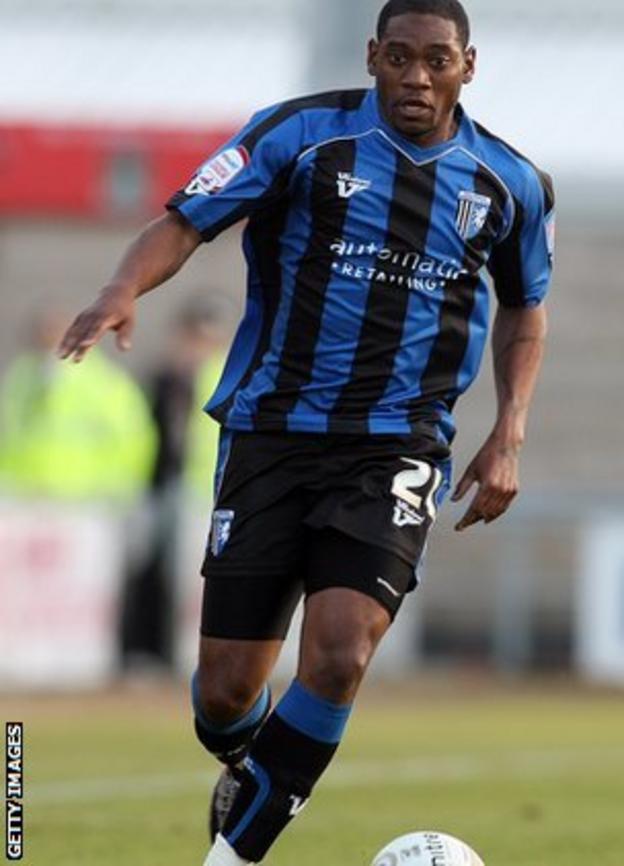 Striker Dennis Oli could still have a part to play at Priestfield, according to Gillingham boss Andy Hessenthaler.

The 28-year-old came off the bench to open the scoring against Barnet on Tuesday, a game the Gills won 3-1.

Hessenthaler told BBC Radio Kent: "He's come on and shown everybody that Dennis Oli is still alive and kicking.

"He's a top lad, he has nothing to prove to me. He's just had a rough time with injuries so who knows? Football is a funny old game."

Last month Oli and defender Matt Lawrence were told their contracts would not be renewed at the end of the season and they were being made available for loan.

The former QPR striker had been bumped down the pecking order at Priestfield following the arrivals of Danny Kedwell, Adam Birchall and Jo Kuffour, as well as Gavin Tomlin on loan.

But with Birchall (knee), Kuffour (knee), Kedwell (hamstring) and Tomlin (hamstring) all struggling for fitness, it created an opening that Oli took with both hands.

"You've got to give Dennis so much credit," said Hessenthaler. "He's been told he's not going to get a contract at this present time.

"He's been a really professional. He's got on with his work. He's seen the injuries we've got and come on at half-time and won the game for us.

"That first goal got us up and running, but I think he was involved in all three goals so full credit to 'Diesel'. He's a top, top lad."