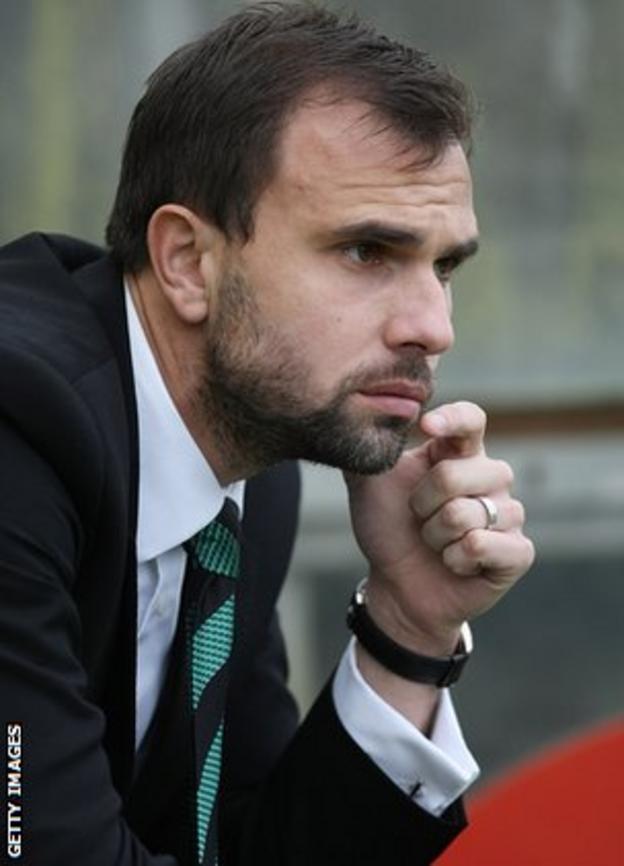 Plymouth Argyle boss Carl Fletcher admitted to 'massive nerves' watching his side hold on for their first win in four matches on Tuesday.

"Everybody wants to win two or three-nil and be comfortable going into the last 10 minutes," Fletcher said.

"But the pressure we're under to get results, only being a goal up in the last few minutes, there was massive nerves for everyone involved."

Argyle had seen themselves throw away a one-goal lead in their last away match seven days earlier at Macclesfield, when former striker George Donnelly got an equaliser in injury time.

"After last Tuesday, being in the lead and them scoring a late goal, tonight there was added nerves," he said.

"I'm really pleased for the lads, they worked their socks off and I'm just delighted we got the win," he added to BBC Radio Devon.

The victory lifted Argyle out of the League Two relegation places and Fletcher praised the spirit of his side.

"You only have to see out there how much it means for the lads, and the workrate and the desire to keep the three points that we've got coming back to Plymouth.

"We've got a great team spirit, the changing room is one of the best changing rooms I've seen in my career and we want to keep that going.

"In games recently we've not got what we deserved, we could have got a lot more points on our performances, so it's nice when you get what you deserve out of a game."