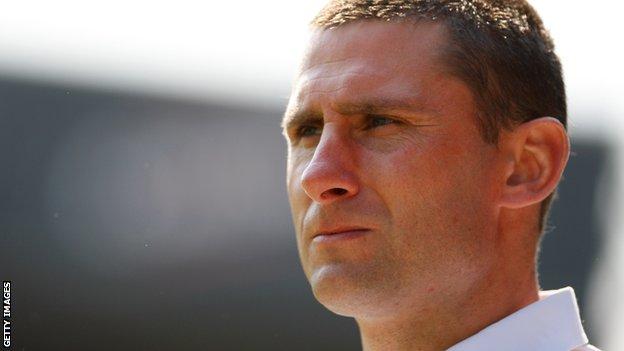 Dover Athletic manager Nicky Forster believes they answered their critics with an impressive 2-1 over Chelmsford.

He told BBC Radio Kent: "We've come in for some stick recently from the press and I think it's been unjust.

"I thought they were absolutely magnificent. I look at our last 11 games and we've only got one loss."

Forster added: "I think it's been unfair, some of the criticism on those boys, and I'm the first one to say that I'm delighted with them tonight.

"I would have been an injustice if we didn't win. We were fantastic from the word go."

Elsewhere, Welling United moved level with Dartford in second place, goals from Jack Parkinson and Loick Pires earning the Wings a 2-0 win at home to Weston-super-Mare.

Frannie Collin's 25th and 26th goals of the season sealed all three points for Tonbridge Angels as they beat Basingstoke Town 2-0. The Angels have climbed to 12th in the Blue Square Bet South table.

Bromley's hopes of putting distance between themselves and the relegation dogfight suffered a setback when a last-minute Ali Chabaan equaliser gave struggling Staines Town a point in a 1-1 draw at Hayes Lane.

The result leaves Bromley just two points off the relegation zone in 18th.