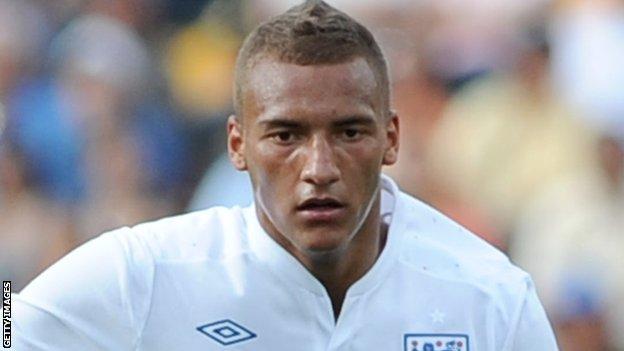 On-loan Oldham midfielder Reece Brown has revealed his move was brought about by a need to play first-team football.

The 20-year-old has featured twice for the Latics since joining from Manchester United.

"I got the call saying they [Oldham] wanted me to come down for a month, so it wasn't a move I was going to turn down," he told BBC Radio Manchester.

"It's getting to that time in my career now where I need to start playing actual league games."

Brown has had previous loan spells at Bradford and Doncaster, but has still only made seven appearances in the Football League.

The younger brother of Sunderland centre-back Wes Brown, Reece is yet to make his Manchester United debut, but has been an unused substitute.

"It was the right move," he added. "I'm 20 so to come here and to get a few league games under my belt would be great.

"It's Oldham, so it's still Manchester, it's home still. I know a few players, Kieran Lee and Keanu Marsh [Brown] already, and I know the gaffer as well.

"I've had a great welcome and everything has gone well so far.

"When I go away with England it's always a new mixture of lads, so I'm already used to things like that."