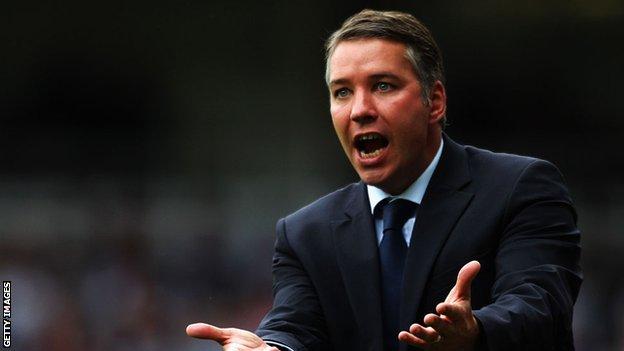 Peterborough boss Darren Ferguson has restated his belief he is due a defender on loan from Norwich City.

Ferguson is adamant that included an agreement to allow a player to move in the opposite direction.

Norwich manager Paul Lambert denied there was such an arrangement in place shortly after Bennett's arrival.

"The deal with Ryan Bennett is we would have got one of their centre-halves," he told BBC Radio Cambridgeshire.

"He's not even on the bench, the lad, and we still can't get him. So I don't know what's going on there."

Leon Barnett is likely to be the player in question, as he has not made a Premier League start since the beginning of December.

Posh are in desperate need of a defender, with Gabby Zakuani and Shaun Brisley their only recognised centre-halves.

But Zakuani continues to play with the help of pain-killing injections for a broken toe, while 21-year-old Brisley has yet to make his Championship debut since joining from Macclesfield last month.

Peterborough's troubles were exacerbated by Tuesday's 3-0 home loss to Millwall.

The defeat consigned Posh to a run of one win in 12 games and Ferguson kept his side locked in the dressing room for an hour afterwards.

"People will be looking from the outside saying 'they might have gone a little bit' but it's up to me and my staff to rally the players," said the Scot.

"We've just had a really good chat. Tonight was not the night to have a go at my players. But a lot of it is a confidence thing."