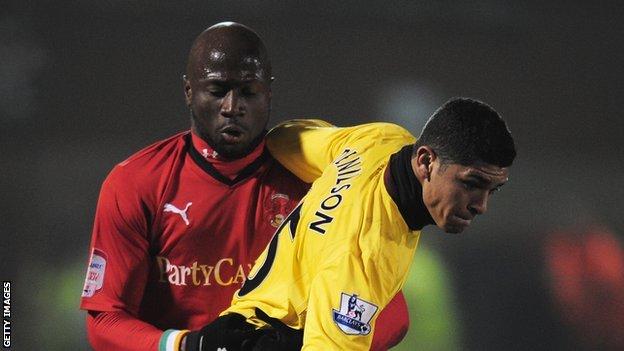 Swindon Town have signed Jonathan Tehoue on loan from Leyton Orient until the end of the season.

The 27-year-old striker was in the stands at the County Ground to watch the Robins' 4-0 win over Dagenham and Redbridge on Tuesday.

The deal was agreed on Wednesday and Tehoue should be available to make his Swindon debut against Cheltenham Town at the weekend.

The Frenchman scored in Orient's draw with Arsenal in last season's FA Cup.