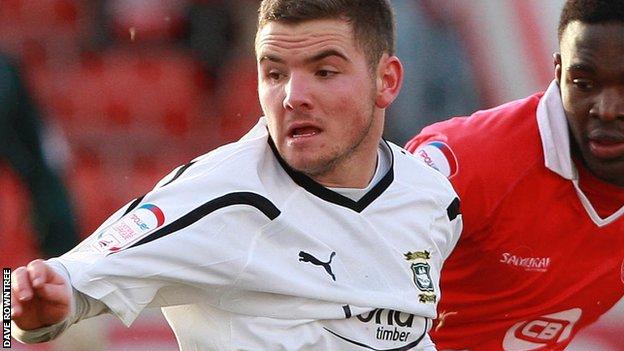 Plymouth Argyle have extended the loan spell of Burnley striker Alex MacDonald until the end of the season.

The 21-year-old has scored three goals in seven games for the Pilgrims since joining on transfer deadline day.

His loan spell was due to come to an end on Wednesday but the Scottish Under-21 man will now stay at Home Park until the end of the current campaign.

He has started the last six matches that Argyle have played as they fight to avoid relegation to non-league.