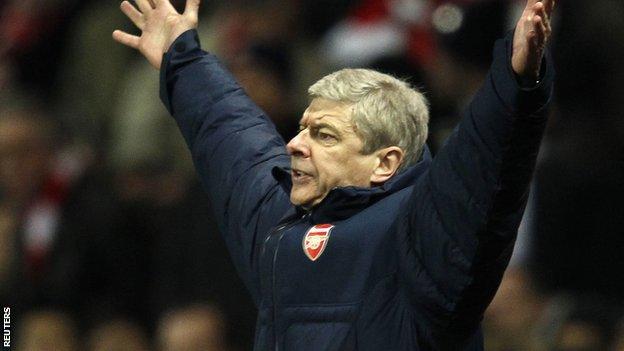 Arsenal manager Arsene Wenger has been charged with improper conduct by Uefa.

The action comes after comments the Arsenal boss made about Slovenian referee Damir Skomina following their Champions League exit on Tuesday.

He confronted Skomina after the final whistle and claimed the official gave AC Milan too many free-kicks as the Italians lost 3-0 but won 4-3 on aggregate to reach the quarter-finals.

He said after the game: "I was not happy with the referee tonight because I felt he gave many free-kicks in the middle of the park.

"Every time they went down a free-kick was given for them, and they sensed that very quickly and they used it very well."

Wenger was banned from the touchline for one match just under a year ago for comments made after Arsenal were knocked out of last season's Champions League by Barcelona.

He was then suspended for an additional two games after being found guilty of contacting the Gunners bench while serving that previous suspension - and lost an appeal against the extra ban.