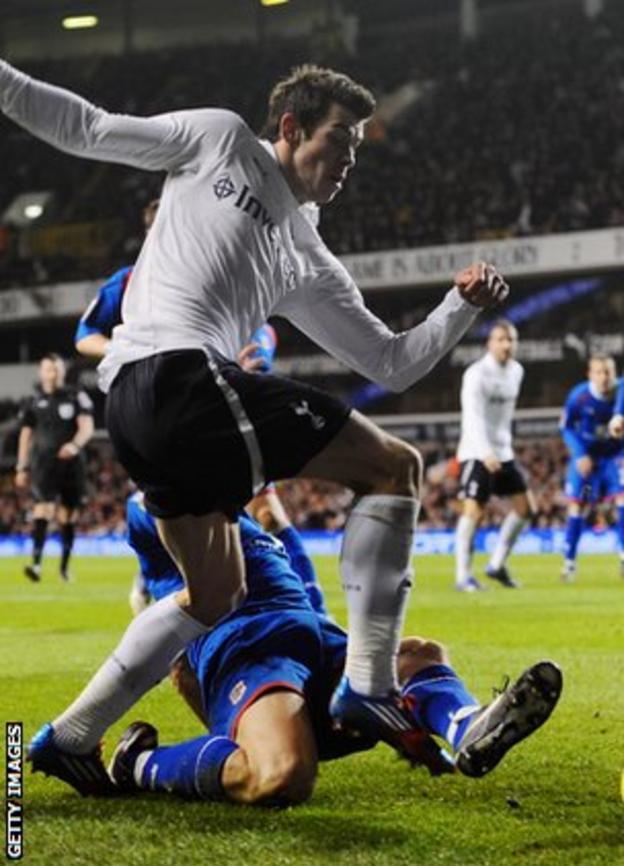 Captain Roberts was adjudged to have fouled the winger and, with the game poised at 1-1, Emmanuel Adebayor converted on the way to a 3-1 victory.

"I've tried to block the cross and I thought he went down very easily," he told BBC Three Counties Radio.

"That's football at the very highest level, they look for those things."

He added: "In my mind it's not a penalty. I'm coming from a defender's point of view.

"He'll argue that I caught him. I'd have to see it again. I was a bit disappointed."

The 28-year-old, who embodied his side's fighting spirit throughout the encounter, could have put Boro in front moments before the penalty incident, but directed a point-blank effort straight at home keeper Carlo Cudicini.

"You never want to be the one to give the penalty away which gives them the lead," he said.

"Five minutes earlier I could have been the hero. It's difficult to take but that's football."

Boro will now turn their attention back to securing a League One play-off spot and potentially a third successive promotion.

They are three points adrift of sixth-placed Notts County, but have three games in hand on the Magpies.

And Roberts, who took caretaker charge of the side between Graham Westley's departure and Gary Smith's arrival, hopes the attention Stevenage's Cup run has attracted will boost the attendance for Saturday's visit of Chesterfield.

"It's very important that that support continues," he said.

"The hype surrounding the game can create huge support for the club and hopefully that support does not dwindle now.

"We're giving everything on the pitch, we're trying to create history and I just hope the town backs us, continues to back us and we can go from strength to strength."