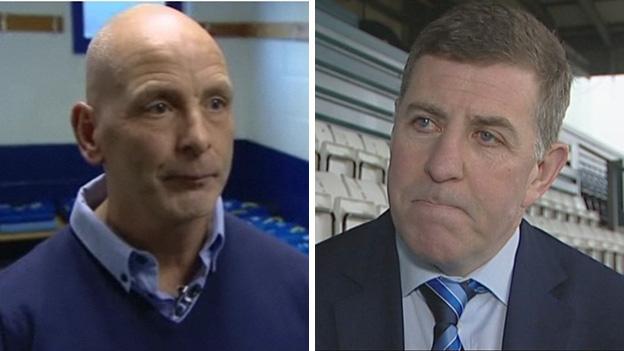 North arrived at the Memorial Stadium in the summer from Torquay United, alongside Paul Buckle.

North took caretaker charge of the team following Buckle's sacking in January and has remained on the backroom staff under McGhee.

"We are lucky to have someone like him," McGhee told BBC Radio Bristol.

"Shaun has been brilliant, with his knowledge of this division and of the players. He gave us continuity in terms of understanding our own squad."

North spent 15 years with Portsmouth followed by a spell as reserve-team coach at Oxford before joining Buckle at Torquay in 2007.

He took charge of two games before McGhee's appointment - guiding them to an away win at Hereford and a 0-0 draw at home to promotion-chasers Crawley.

"On the training ground he's excellent and meticulous and has a brilliant work ethic," added McGhee.

"I was at home last night after a long day on Tuesday, with my feet up watching Barcelona. Shaun phoned me to tell me that he was on his way to Fulham against Burnley in a youth game.

"That's not something I sent him along to, that's just the type of guy he is."