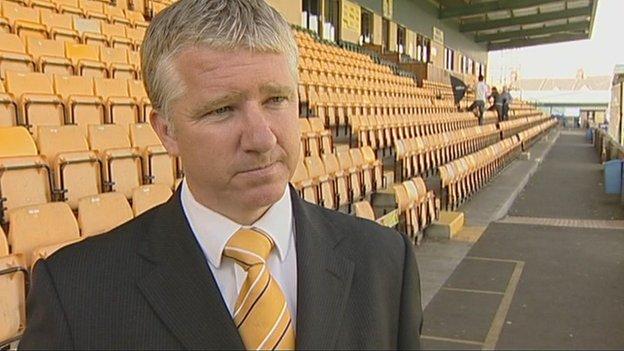 Torquay United manager Martin Ling feels his side are a becoming a "real force" in League Two.

Ling's side bounced back from two defeats to beat promotion rivals Crawley Town and Aldershot, who had won six-in-a-row, in their last two games.

"We are now a real force in this league," Ling told BBC Radio Devon.

"The result against Crawley got us back in the frame and proves our credentials against a top side and instilled massive confidence in us."

Ling says the club's last two results show how much his side has improved since the start of the season, when they went on a run of eight games without a win in September and October.

"We lost two games after a superb run," he added. "Maybe there were people out there who were saying that our push for promotion was starting to peter out and I can understand that.

"The superb run that we had, we couldn't keep it going on forever.

"But coming out with six points from those two games proves how much we've changed in terms of our own ability since the start to of the season.

"We keep on saying 'who are we playing?' but there are a lot of people saying 'damn we've got Torquay this week', so that's good for us."