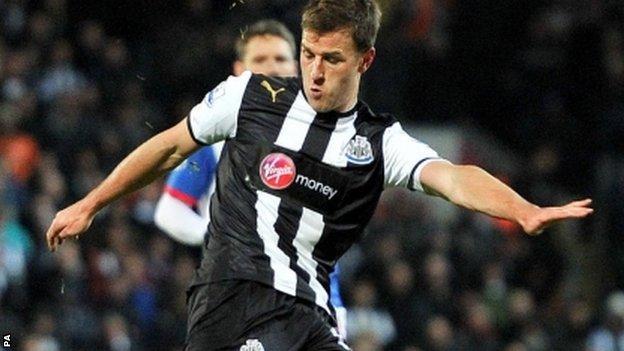 The 27-year-old, who has made 72 Premier League appearances for the Magpies since joining from Wigan in 2009, can play in defence or midfield.

Taylor said: "I'm over the moon. It's been a quiet one to get done and didn't take long. I stated not so long ago that I would love to stay here."

Meanwhile, striker Peter Lovenkrands's season could be over because of injury.

Boss Alan Pardew confirmed the Denmark international, whose contract expires in the summer, may not play again this term because of a thigh problem.

"We have got a bad injury this week - Peter Lovenkrands has really hurt his thigh," Pardew said.

"We are not sure yet, but he's definitely torn it and he might have ruptured it, so we think that's him for the season, actually, which is a very big blow for him with his contract up and everything."