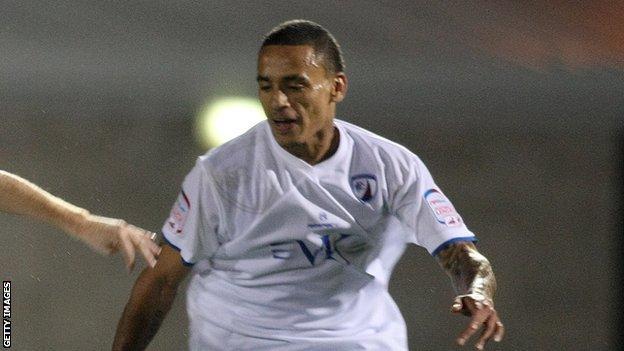 Morgan, 28, has played 21 times for the Spireites this season, scoring four goals, and is brought in to help the U's cope with injuries and suspension.

"I've liked Dean for quite a while now and I tried to get him last year but he went to Chesterfield," U's boss Chris Wilder told BBC Radio Oxford.

"We need somebody who can do all three positions up top and Deano can do left, right and down the middle."

The U's are without Jon-Paul Pittman, Alfie Potter and Tom Craddock through injury while striker James Constable is suspended for a further two games.