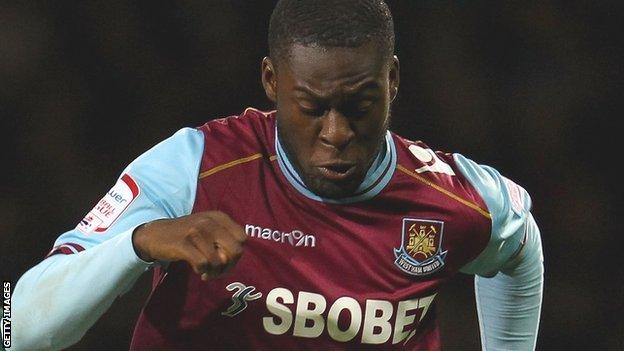 The 20-year-old returns to Oakwell, where he was on loan last season, under previous manager Mark Robins.

Manager Keith Hill told BBC Radio Sheffield: "It was too good an opportunity to turn down.

"Nouble gives us options whether it's starting, or off the bench, and something unpredictable with respect to the opposition."

The striker joined the Hammers from Chelsea in July 2009 and has since had loan spells with West Brom, Swindon, Swansea, Charlton and Gillingham.