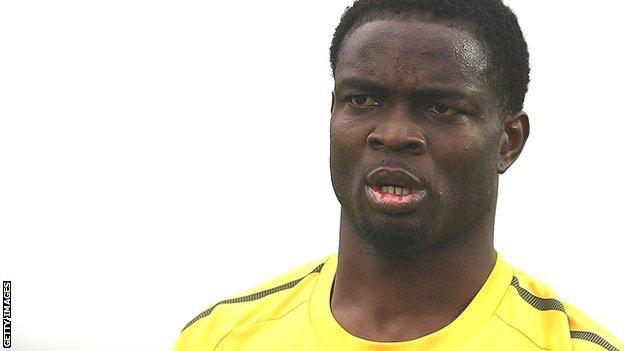 Notts County have made Sam Sodje, Jude Stirling and John Spicer available to go out on emergency loan deals.

Defenders Sodje, 31, Stirling, 29, and midfielder Spicer, 28, have started just nine games between them this term.

Boss Keith Curle said: "It's important some of the players who aren't getting match practice get some gametime.

"They'll be able to showcase the abilities they've got between now and the end of the season to hopefully earn a contract here or somewhere else."

Sodje has played a total 16 games in League One this season.

But Stirling, who joined in the summer, has not yet started a match for the Magpies.

Spicer has only started one JP Trophy tie and made one brief appearance as a substitute in the league game against Tranmere Rovers.