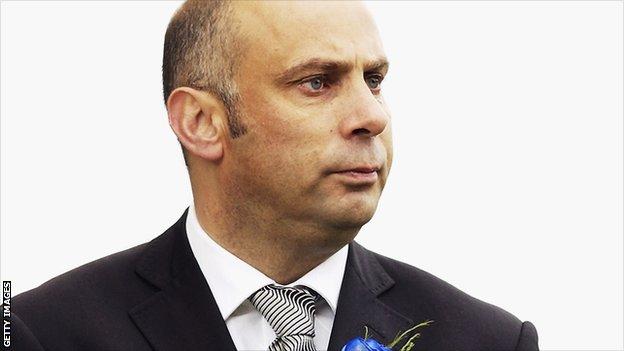 Woking manager Garry Hill has called on his side to hold their nerve as they look to win Blue Square Bet South.

The Cards have had their lead at the top of the table cut to just six points, and second-placed Dartford have a game in hand.

Hill told BBC Surrey: "We have to dig deep. There's a time for character and experience - it's now.

"We've made the situation a little bit uncomfortable for ourselves. We've got to be positive."

After suffering just one defeat in their opening 24 league games, Woking have lost three of their last seven matches.

"They [the chasing pack] have seen a couple of stutters now," Hill added.

"There's been a little bit of stupidity and a lack of discipline over the last two or three games, and we're starting to feel the strain a little bit.

"But there's 21 other clubs who would love to be in our position and it's up to us to handle it.

"I feel very confident we will still go on and win the championship."