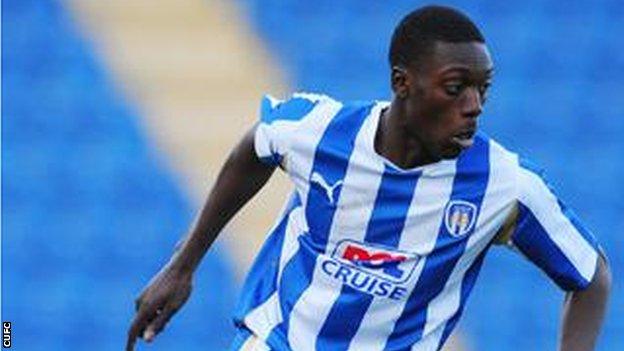 Colchester United have handed a professional deal to striker Freddie Ladapo until the end of next of season.

The 19-year-old has had loan spells with local sides Chelmsford City and Thurrock in the last 12 months.

"Freddie has signed his pro contract this week until the end of next season," boss John Ward told the Colchester website.

"We're going to get him to go to work with the senior players and we're looking now to progress him on."