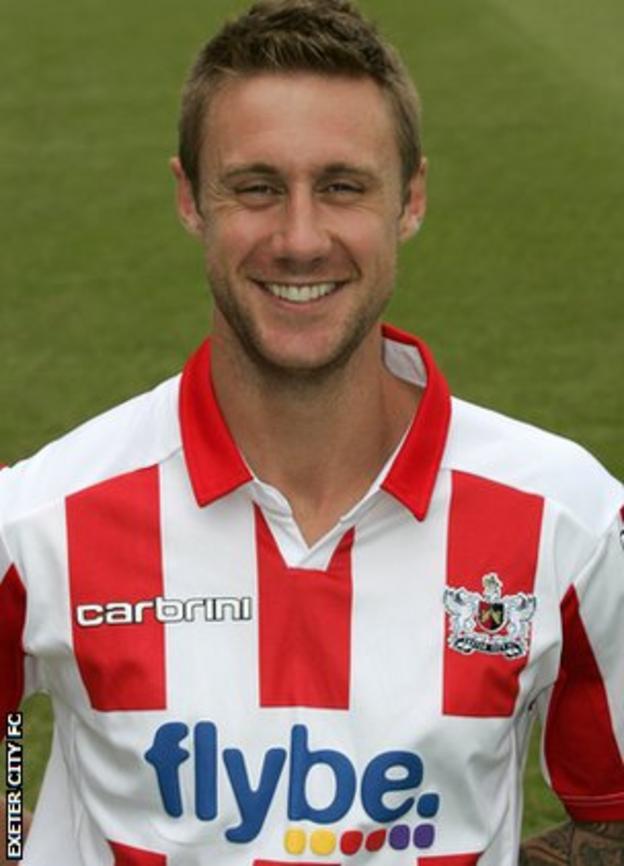 Exeter City manager Paul Tisdale has questioned the point of appealing against red cards after their bid to have David Noble's overturned failed.

Noble was sent off after referee Darren Deadman decreed he elbowed Brentford's Harlee Dean in the 2-0 loss on Tuesday.

After reviewing video evidence City appealed, but the Football Association rejected their claim.

"We looked at the tv footage from two angles and I think David was hard done by," Tisdale told BBC South West.

Tisdale says the video evidence shows that Noble's arms were by his side and he only made the slightest, non--deliberate contact with Dean.

The decision by the FA means Noble misses the trip to MK Dons on Saturday as well as the visit of Preston and relegation rivals Wycombe.

"I don't think anybody's ever there to listen to the discussions and the debate and the decisions.

"It's incredibly frustrating, we've had four or five appeals now since I've been at the club and every one we feel is very, very strong and we've had no success with it.

"It does beg the question is there any point in doing so," he added.