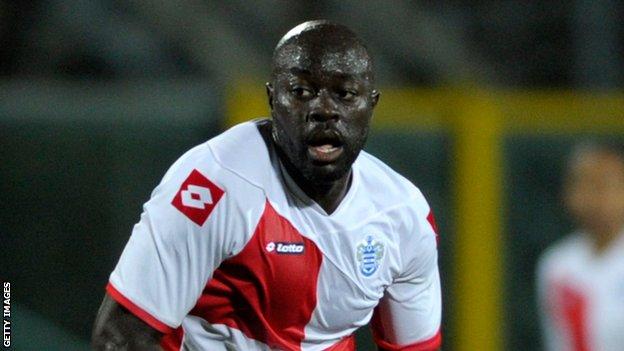 Stevenage have signed QPR striker Patrick Agyemang on loan until the end of the season, subject to the completion of paperwork.

The 31-year-old Ghanaian made two Premier League appearances in the first month of the campaign before a two-game loan spell at Millwall.

"Patrick is a striker who always has a goal in him," Boro boss Gary Smith told the club website.

"You can't question his ability and his goal-scoring pedigree. His addition will bring an experienced head into a dressing room of players that is on the right track. I think he will really benefit us for the end of season run-in."

Agyemang started his career at Wimbledon, where he worked with Smith who is a former Dons coach, and scored 22 times in 136 appearances.

Moves to Gillingham and Preston followed before he joined QPR in 2008, where he has found the net on 16 occasions.

"As soon as we heard of the opportunity to bring him into the squad we were interested, we kept a close eye and went for the deal when we felt the time was right," Smith added.

"I know him from my days at Wimbledon and not only do I look forward to having him as another option in the squad, but I am also looking forward to teaming up with him again."

Stevenage are three points adrift of the League One play-offs, with three games in hand over sixth-placed Notts County, but have not won in their last four league outings.