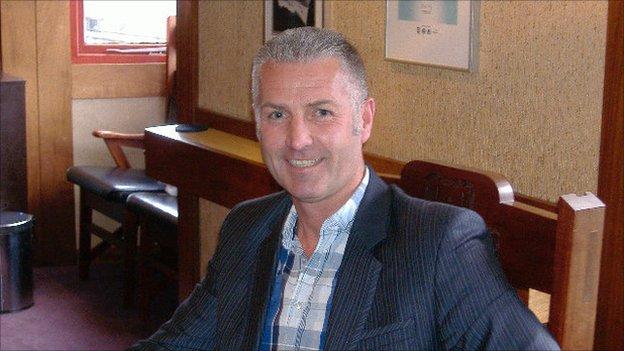 York City manager Gary Mills has told his players to make their hard work count in their FA Trophy semi-final against Luton Town.

The sides meet in the first leg on Saturday at Bootham Crescent and then at Kenilworth Road a week later.

"It's a little test for us now. It's a week for us to achieve and finish the job that we started out to do."

He continued: "We've worked so hard this season.

"In two-legged affairs it's always nice to be at home for the second leg.

"It's a slight advantage I feel, so it's important with us being at home on Saturday in the first leg that we can get our noses in front going down to Luton the following Saturday.

"Having said that, no matter what the result is, it's half time after 90 minutes on Saturday and a long way to go in the second game.

"We're ready for it, we'll look forward to it and get ready to beat Luton.

"Until you've won cups and leagues you can't appreciate what it's like so we're out to do that.

"That starts on Saturday."