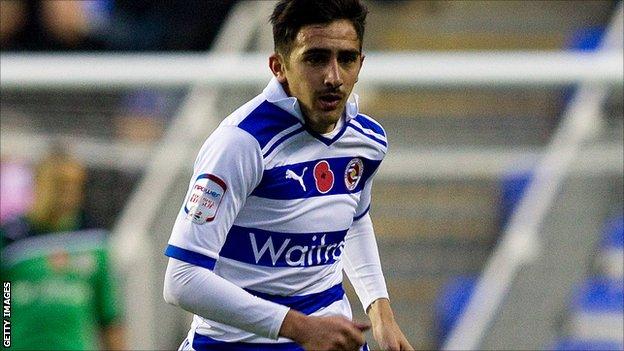 Reading midfielder Jem Karacan believes the Championship side are yet to hit their best form despite their record of winning seven straight games.

The Royals have climbed to third in the table and are looking like genuine automatic promotion contenders but Karacan says there is more to come.

"And we will all admit that we have not been playing to the best of our ability so far this season."

We've been grinding out results, but what better feeling is there to know that you are not playing your best and are still winning games with clean sheets and taking three points

The Royals host Leicester on Saturday bidding for their eighth straight victory as they continue to put pressure on West Ham and Southampton above them. Three points for Brian McDermott's side could see them move level on points with Saints, depending on the leader's own result.

The 23-year-old Karacan believes the fact the Royals have yet to find their best form is an ominous sign for their Championship rivals.

"The pressure is all on the teams above us and we just need to keep on doing what we are doing," he said.

"They are holding the automatic places so at the moment we don't have any pressure.

"I don't think anyone would have expected us to be doing so well at this stage of this season.

He added: "We've been grinding out results, but what better feeling is there to know that you are not playing your best and are still winning games with clean sheets and taking three points. Any team in the division would take that.

"We are winning the games and at the end of the season you go up because of points, not form."