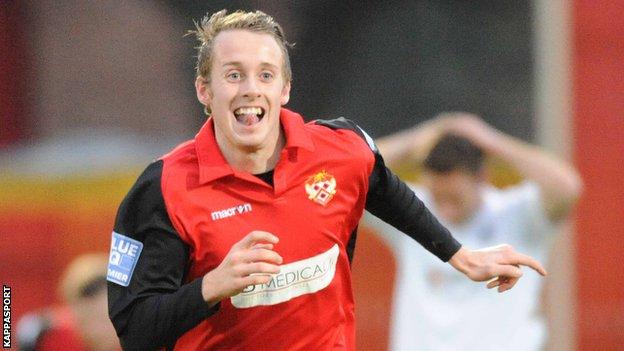 The 20-year-old, who has made three senior appearances for the Canaries, spent three months on loan at Kettering earlier in the season.

The former Wales Under-17 and 19 international is contracted at Carrow Road until the summer.

"We're really grateful to Norwich because financially it would have been difficult for us," U's boss Jez George told BBC Radio Cambrdgeshire.

"He's a talented young player who got some good reviews at Kettering. He's a local lad as well and will give us options in a position where we are threadbare."

Dawkin played 12 games for the Poppies, scoring once, with Mark Stimson, Kettering boss at the time, describing the youngster as "a special talent".

He will be available for Cambridge's Blue Square Bet Premier trip to Stockport on Saturday.