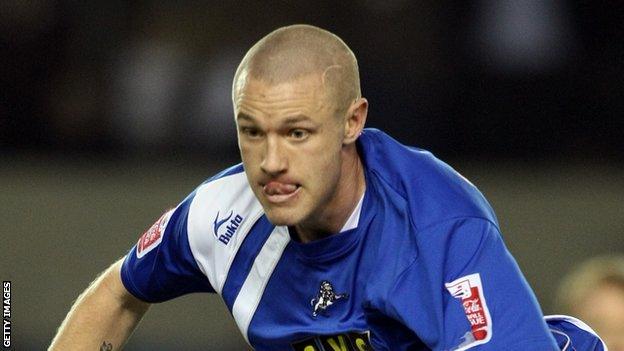 New Crawley signing Gary Alexander believes he can make an impact on the club's promotion push in League Two.

The striker has joined from Brentford on loan until the end of the season, when he will make the move permanent.

He told BBC Sussex: "Wherever I've gone, whether there's been pressure or no pressure, I've scored goals. I've always got to double figures.

"Crawley will be no different. If chances are being created, I'm confident I will take some and score."

The 32-year-old was Brentford's top scorer with 14 goals in 30 appearances this season, and Alexander thinks he can help replace Tyrone Barnett and Matt Tubbs, who both left Crawley recently.

"It's going to be difficult for any club that loses forwards who score goals like Tubbs and Barnett," he added.

"Hopefully all the strikers hit a run of form, bang the goals in and take Crawley up to League One.

"The squad has got the making of a side that can go on and play in League One, without a shadow of a doubt."