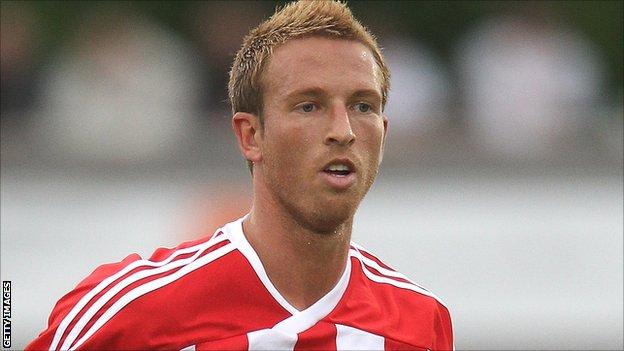 West Ham United have signed versatile Stoke City defender Danny Collins on loan for the rest of the season.

Collins, 31, has only started twice for the Potters this season and played 16 games in a loan spell at Ipswich earlier in the campaign.

"West Ham are going well in the league and looking for promotion," the Wales international told the club website.

"They are having a good season so this was a chance for me to come out on loan and get some games in."

He continued: "I went out on loan to Ipswich earlier this season and played 16 games there and I've played a few games for Stoke, but I want to be playing week in, week out if I can.

"Hopefully I can come down here, get myself into the team and be part of it."

Collins, who can play at centre-half or left-back, joined Stoke City from Sunderland for £2.75m in August 2009 and has made a total of 60 appearances for the Premier League side.

He will provide competition for James Tomkins, Winston Reid and former Stoke captain Abdoulaye Faye in defence at Upton Park and could make his debut at home to struggling Doncaster on Saturday.