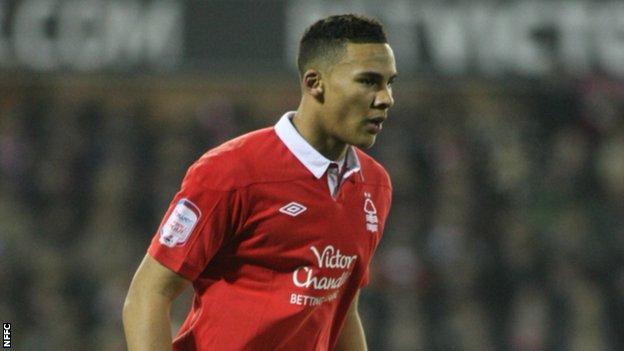 Stevenage have signed Nottingham Forest defender Jamaal Lascelles on loan until the end of the season.

The 18-year-old centre-half made his Forest debut against Burnley at the end of January, playing the full 90 minutes in the 2-0 Championship defeat.

Lascelles has also played once for England's Under-18s side and has eight international caps at under-19 level.

He signed his first professional deal last year and has reportedly attracted attention from Arsenal and Tottenham.