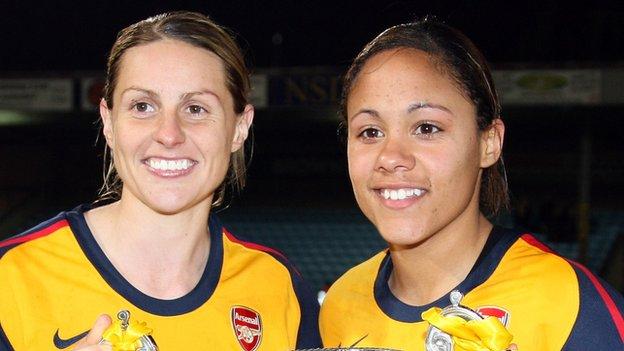 They have re-signed after leaving Boston Breakers following the suspension of the women's league in the United States.