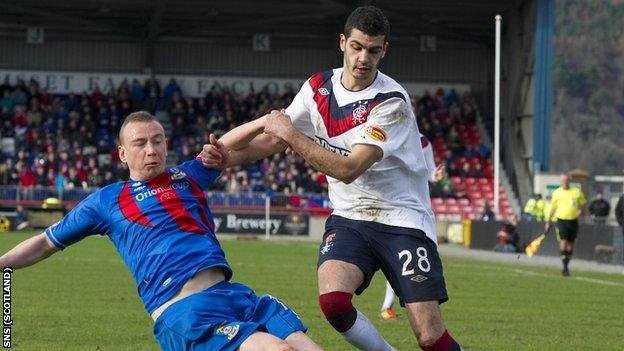 Cameron also says he expected the balance to follow soon.

The Highland club will attend a forthcoming meeting of 10 SPL clubs in response to Rangers' cash crisis.

However, He said they did not want to capitalise on Rangers' problems and they see the meeting as an opportunity to move Scottish football forward.

All clubs in the Scottish Premier League, excluding Rangers and Celtic, will meet next week to discuss radical changes to Scottish football.

With Rangers in administration and possibly facing liquidation, the clubs will discuss the voting structure.

They will also consider the distribution of income and the possibility of a 10-club second tier, although Cameron says he has no pre-set agenda for the meeting.