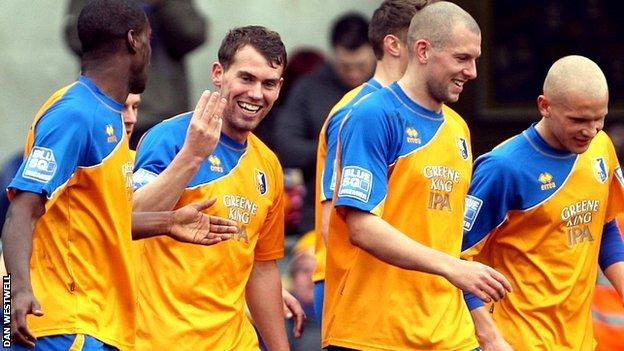 Briscoe tapped in his first and rifled in a second with a first-time shot, Matt Green missed a penalty in between.

"We worked extremely hard. We said before the game that it wasn't going to be easy. Barrow are a good side, they're still in there for a play-off place.

"To win the game was excellent but to win it how we did - by scoring seven goals - was unbelievable, the lads worked extremely hard.

"I think the whole team looked hungry. I think at this stage of the season that hunger will be a massive ingredient for us."

"I'm a very honest person and I'm glad it was only seven.

"They've out-battled us in every department, out-passed us, out-ran us, out-fought us.

"It is the worst game I've ever been involved in."