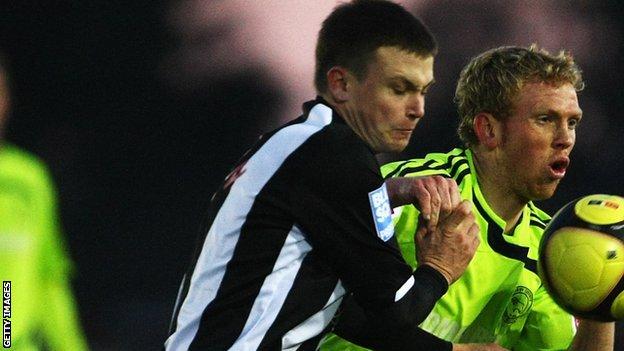 Andy Mangan and Jamie Vardy claimed a brace apiece to help Fleetwood see off Telford and extend their lead at the top of the Blue Square Bet Premier.

Mangan slotted home Vardy's cross from 12 yards, and tapped in a second after Richard Brodie hit the woodwork.

Jonathan Brown, who was initially awarded a penalty only for the referee to change his decision, curled in the resulting free-kick for the Bucks.

"Against good sides you need to start well and we didn't start well. After 12 minutes we're 2-0 down against what I think are by far the best side in the league.

"We get a lifeline then with 10 minutes to go and we look to really go for the throat, but we get punished by probably the finest player who's played in the Conference's history.

"And he's only been in it this year but that kid's a hell of a player, [Jamie] Vardy."