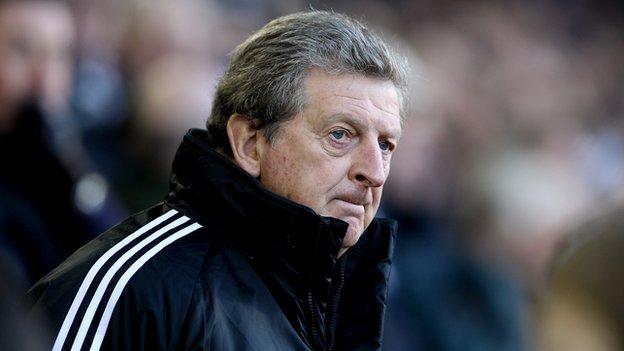 The 64-year-old's deal expires this summer and he wants assurances about the Baggies' ambition.

"I've said to the chairman [Jeremy Peace] it would be nice if we can make certain we are on safe ground if we are to talk about the future," he said.

The former Liverpool boss replaced Roberto Di Matteo last February with the club in 17th place in the Premier League and out of the relegation zone on goal difference alone.

But he helped guide West Brom to safety, with only two defeats in 13 games as they picked up 21 points to finish in 11th.

The club come into this weekend's fixture against Manchester United on Sunday in 10th place, 13 points away from the relegation zone.

When asked if the Albion supporters should worry if he will remain in charge next term, he said: "No, I don't think so.

"I can't give them the guarantee because I haven't signed a new contract.

"But there is no reason for them to be concerned about that."

Hodgson has been linked with the task of succeeding Fabio Capello as England manager but refused to be drawn on the topic.

"My line has been very simple," Hodgson said. "It's up to the FA to decide which candidate they want and, when they decided on the candidate, they will progress it from there.

"I haven't talked about anyone else for the job or myself for the job."