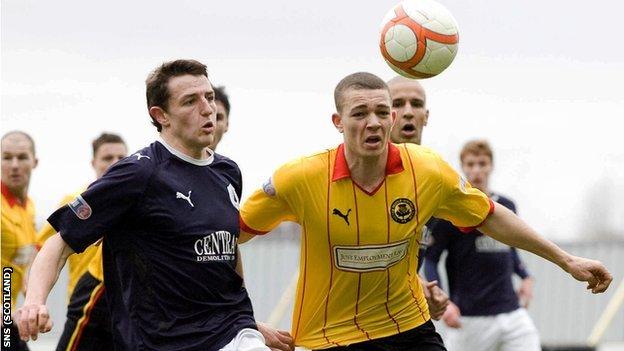 Falkirk's fading hopes of winning the Scottish First Division took another blow as they drew at home with Partick Thistle.

Paul Cairney fired Thistle ahead on the stroke of half-time with a 25-yard shot.

The Bairns levelled seven minutes into the second half from the penalty spot, Mark Millar converting after Aaron Sinclair had handled in the box.

Falkirk's Kieran Duffie was dismissed following his challenge on Chris Erskine before the visitors won a penalty of their own.