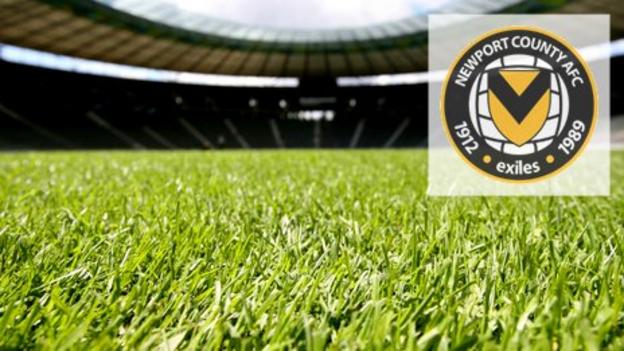 Newport County are a step closer to a date at Wembley after securing a first leg advantage in their FA Trophy semi-final against Wealdstone.

Elliott Buchanan scored into an empty net to give County an early lead after Wealdstone keeper Jonathan North made a complete mess of his clearance.

Nat Jarvis forced in the second after Gary Warren's header hit the bar.

Richard Jolly's near-post effort pulled a goal back after the break but Darryl Knights restored the two-goal cushion.

The second leg against the Ryman Premier side will be played on 17 March.

"We would have settled for the result at 3 o'clock. It was probably a game of two halves really - we got off to a fantastic start and looked like we were going to go on to see out the game and be comfortable.

"But it was nothing I didn't expect from Wealdstone, they are here for a reason and dispatched some good teams along the way.

"They certainly had a go second half and had us on the back foot for periods of the game so we'll learn a lot."