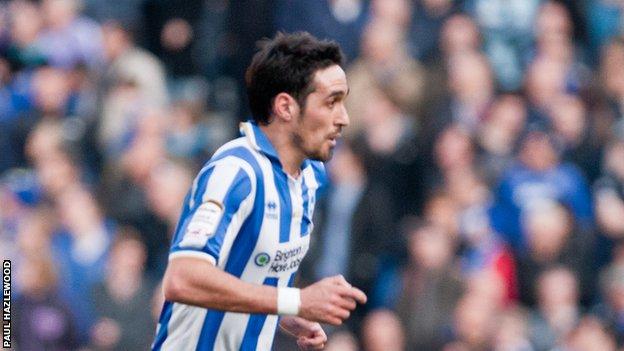 Brighton & Hove Albion playmaker Vicente hopes his injury problems are over after coming off the bench to score twice against Portsmouth.

The former Valencia man has been put through an intensive fitness programme following hamstring and groin problems.

"I haven't been able to play for many reasons. I hope this is the end of my problems and I'll be able to be playing more regularly," the 30-year-old added.

"He's the best player at the club because of his quality and the things he achieved in his career." Poyet said.

"We made a decision to push him to the limit. It's not nice but we needed to force him to another level. In training he was absolutely spectacular.

"Let's hope we have him now until the end of the season."

Vicente was forced to sit out more than three months of the campaign and has been restricted to just nine appearances since joining Brighton in September.

"It's been hard," the former Spain international added.

"It's important to stay professional and keep training. I haven't been able to play that much in the last few games but I was given the opportunity, and it all turned out very well.

"I was very happy with that."

Meanwhile forward Torbjorn Agdestein has signed a new contract with the Championship club, keeping him at the Amex until the summer of 2014.