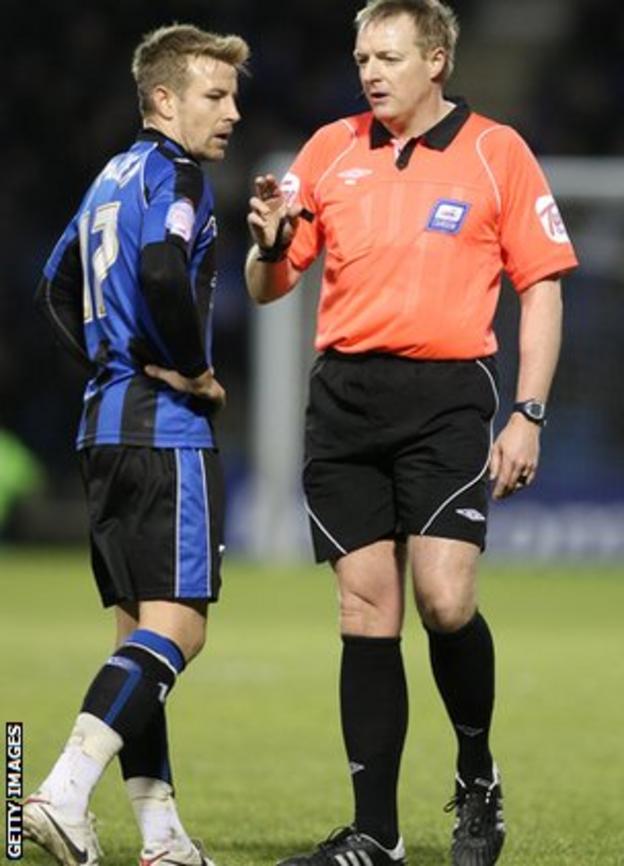 Gillingham manager Andy Hessenthaler has been left aghast after four of his squad were ruled out of next Saturday's trip to Cheltenham through suspension.

Joe Martin has one game left of a three-match ban, while Danny Spiller saw red on Saturday against Crewe.

Charlie Lee and Lewis Montrose will also be missing after receiving their 15th and 10th bookings of the season.

Hessenthaler told BBC Radio Kent: "We can't afford to lose these players with the amount of injuries and illnesses."

Gillingham's squad was already at full stretch, with no fewer than 11 first-team players sidelined for Crewe's 4-3 victory at Priestfield on Saturday.

While Hessenthaler has no complaints about Spiller's red, he did take issue with the yellow card shown to Montrose.

"Danny's made a poor decision," said Hessenthaler. "The way the game is at the moment, you can't jump or lunge in.

"The Montrose one is never a booking. It was a clean tackle and he's endeavoured to win the ball.

"We ask players to do that on the training ground and he gets punished for it."

He added: "It's a blow but you can't change a yellow card unfortunately."