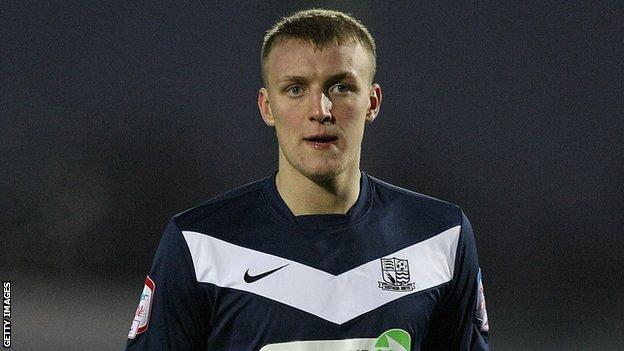 The 18-year-old made his fifth start for the Shrimpers in Saturday's 2-2 draw against Accrington, but has yet to find the net since arriving in January.

"He gives us a different option up front but there's still a lot of work to be done (with him)."

Meanwhile, QPR forward Rowan Vine will feature for Southend in a reserve match against Oxford United on Tuesday with the aim of earning a deal at Roots Hall.

The 29-year-old has not played a senior game since his loan spell with Exeter finished in September.

Former Derby and West Ham defender Christian Dailly, 38, is also set to appear against the U's.

The Scot, who is a free agent, has been training with Southend while he recovers from a knee injury.