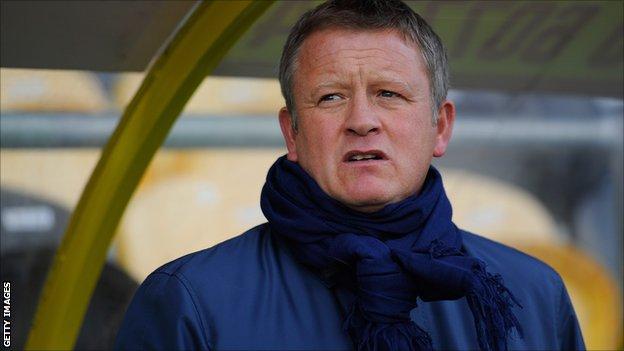 Oxford United manager Chris Wilder says his side's discipline must improve if they are to maintain their push for a play-off place this season.

The U's had Damian Batt red carded in the 39th minute of their 2-1 defeat by Bradford on Saturday.

It was their second first-half red card in three games, following James Constable's dismissal against Swindon.

Batt was booked in the sixth minute for a lunge on Kyel Reid, and he received a second yellow for a foul on the same player before the break.

"I thought it was a really spirited performance, especially as we went down to 10 men," he said.

"I disciplined Beano (James Constable) last week even though we got a result.

"The players are shattered out there. We've had to play 50 minutes with 10 men and it was a poor decision by Damian.

"He has come in and apologised and rightly so.

"He's up against a decent player in Reid but he's gone flying in and rightly got a booking and that is after five minutes. He puts himself under pressure.

"We do our homework and knew Reid is a good player. You've got to do your job against good players and be patient, but he was reckless."