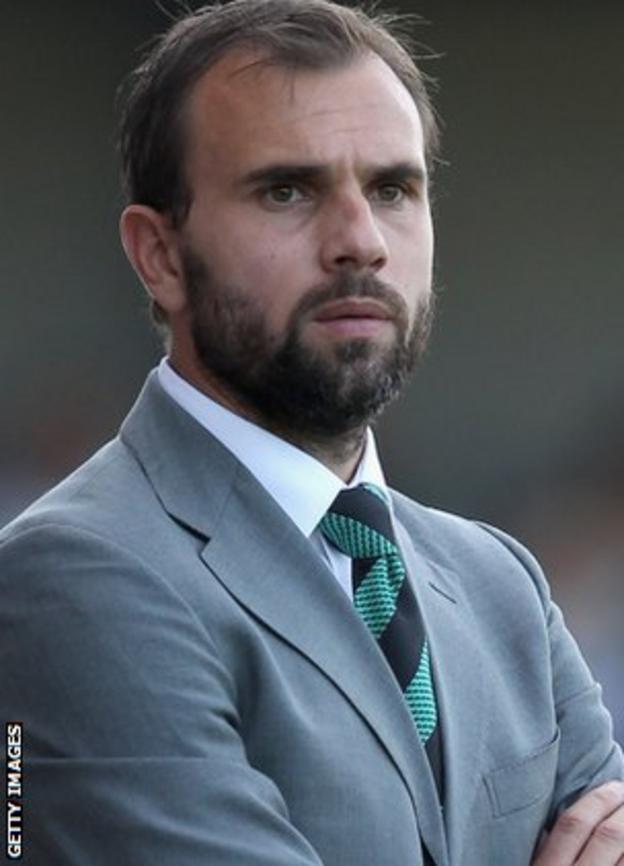 Plymouth manager Carl Fletcher says his side deserved to lose in the 1-0 defeat at Rotherham on Saturday.

The reverse left the Pilgrims two points adrift of safety in League Two, having played more games, after their second loss in three matches.

"We didn't deserve anything out of the game because we weren't good enough," Fletcher told BBC Radio Devon.

"We knew it was going to be a fight and Rotherham were better at that than us and that's the disappointing thing."

He continued: "We didn't do ourselves justice.

"If you give it your all and your best and still get beaten then that's fair enough, but we didn't do that."

Fletcher also criticised referee Carl Berry for awarding the penalty which Lewis Grabban converted to win the match after Darren Purse was adjudged to have fouled Gareth Evans.

"It didn't look like it, but it summed up the ref's day really. He didn't give us anything all day," he added.