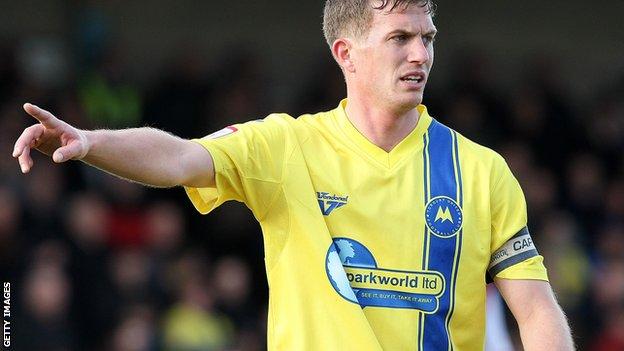 Torquay boss Martin Ling has hailed captain Lee Mansell after his two goals salvaged a point for the Gulls in their 2-2 draw with Bristol Rovers.

Mansell's late winner took his tally to 11 goals for the season, the first time he has got into double figures for a season in his entire career.

"He never gives up," Ling told BBC Devon after the match.

"Sometimes he gives the ball away but when he gives it away, he'll go and get it back again.

Mansell, who late last year, says the performance, which saw the Gulls come back from 2-0 down in the last 20 minutes to get a draw, shows what the Torquay squad is made of.

"We showed a lot of character, we really dug in when we had to," he said.

"I've been given a lot more licence by the gaffer to get into the box and having Damon (Lathrope) playing that key role in the middle really helps me and Eunan (O'Kane) get forward and the chances just fell to me.

"I'm really happy to get double figures, it's the first time I've done that in my career.

"It's something I set out to do, it's something the gaffer asked me to do at the start of the season, and I've got 14 more games to try and get more goals," he added.