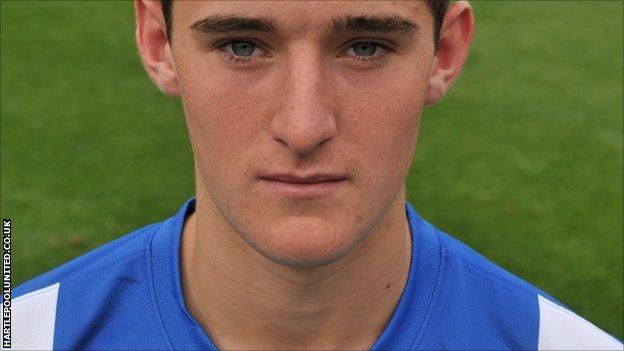 Hartlepool United first-team coach Neale Cooper has praised the teenage trio within his squad for stepping up in Saturday's goalless draw at Walsall.

Jack Baldwin, 18, Lewis Hawkins, 17, and Josh Rowbotham, 19, were pressed into action with several first team players ruled out through injury.

"It was a hard game for them to come in and play," Cooper told BBC Tees.

"They've seen what it is like to play first-team football, but they didn't let us down, they came and did a job."

Cooper added: "We had to shuffle about but sometimes you have to do that, and we've lost six or seven really important players yet we've come down here and left with a point."

Defender Baldwin has established himself as a useful member of the Pools squad, with Saturday's trip to the Bescot Stadium his 11th appearance of the season.

"He makes time for himself," Cooper added.

"It's a position I played in, and the way he reads the game, everything he did, headers, clearances, everything looked composed.

"He looks like a young Alan Hansen the way he reads the game."